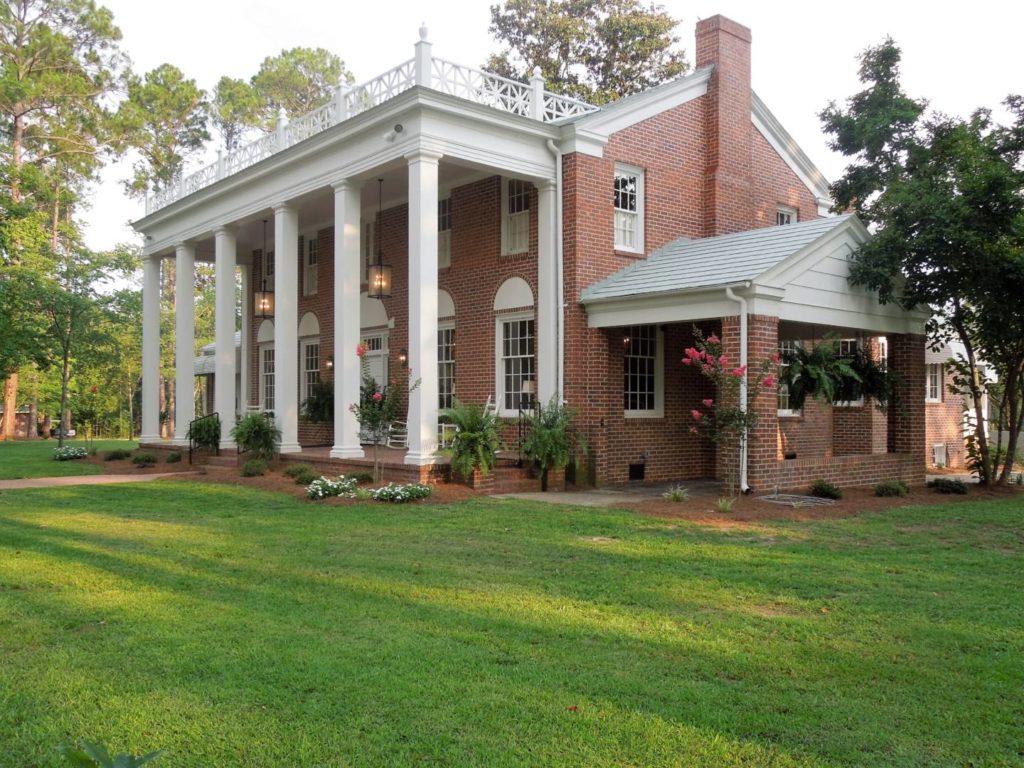 Located in the McRae-Helena area, Sugar Creek Plantation was the home of Gov. Eugene Talmadge and his son, U.S. Senator Herman Talmadge. It was built in 1937 just after Eugene Talmadge left office after serving his second term as Governor of Georgia. Sugar Creek Plantation was purchased by Jim Wooten in 2011 after having been vacant for more than a decade. With help from folks in the community who were interested in the property, the owners set out to restore the house and nearby cottage to their original condition, including period furnishings. Modern updates to the plumbing and HVAC systems were made as a part of the restoration. Today the main house and plantation are being used as an event space for meetings, parties and weddings.