Continuing education credits are available. Although designed for architects, planners and real estate professionals, this course is open to the public. Anyone interested in learning these important aspects of historic preservation is invited to sign up.

Fee: $100 for members of the Georgia Trust for Historic Preservation or GIRE; $125 for non-members

Generously supported by The Frances and Beverly M. DuBose Foundation 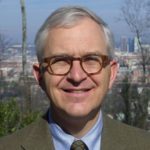 Dr. Glenn Eskew has been a member of the Georgia State Department of History since 1993, teaching courses in southern history. His recent biography Johnny Mercer: Southern Songwriter for the World, received the Malcolm and Muriel Barrow Bell Award from the Georgia Historical Society. His book But For Birmingham: The Local and National Movements in the Civil Rights Struggle received the Francis Butler Simkins Prize of the Southern Historical Association and Longwood College. Other publications include two edited volumes of essays, numerous book chapters, and journal articles. Since 2003, Eskew has served as the lead scholar on 12 separately funded National Endowment for the Humanities Summer Workshops for Schoolteachers as well as two Teaching American History Grants. He has lectured widely on southern topics across the United States and in Japan, China, Korea, South Africa, Argentina, and Germany.  Eskew is a member of numerous professional organizations—having served as an officer and committee member in several—and he actively supports historic preservation. 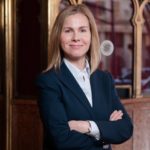 Carmie McDonald is an independent historic preservation consultant. Previously, she served as the Executive Director of Buckhead Heritage, a local preservation non-profit in Atlanta. McDonald also served as Director for the Fox Theatre Institute (FTI), an outreach division of Atlanta’s Fox Theatre. Her work with FTI included the preservation of the Fox Theatre’s historic finishes and furnishings and the development of programs and services that share the Fox’s knowledge with others.  While with FTI, McDonald helped to develop The Georgia Historic Preservation Handbook which provides an overview of the theory and practice of historic preservation in the state. Carmie earned a B.A. in Art History from Georgia State University and Master’s degrees in Historic Preservation and Architectural History from the Savannah College of Art and Design. She is a graduate of the Georgia Forward Young Gamechangers program and the Atlanta Regional Commission’s Arts Leaders of Metro Atlanta. 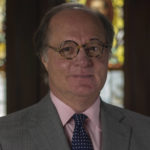 Mark C. McDonald has served as President and CEO of The Georgia Trust since June 2008. Since that time, The Georgia Trust has dramatically improved its budget performance and extended its programs and revolving fund activities. Mr. McDonald has over 25 years of professional involvement in historic preservation and a strong business background. He has served as the executive director for three preservation organizations in the Southeast, including the Historic Salisbury Foundation in North Carolina from 1986-1990, the Mobile Historic Development Commission in Mobile, Alabama from 1990-1998 and the Historic Savannah Foundation from 1998-2008.

Fundraising 101 is a brand-new class developed by The Georgia Trust to assist preservation nonprofit organizations and Places in Peril sites. The class will focus on the fundamentals of fundraising. Topics will include special events, donor relations, communication strategies, grant writing, capital campaigns, planned giving and membership. Learn new ideas and strategies to help your organization succeed.

FUTURE DATE TO BE ANNOUNCED