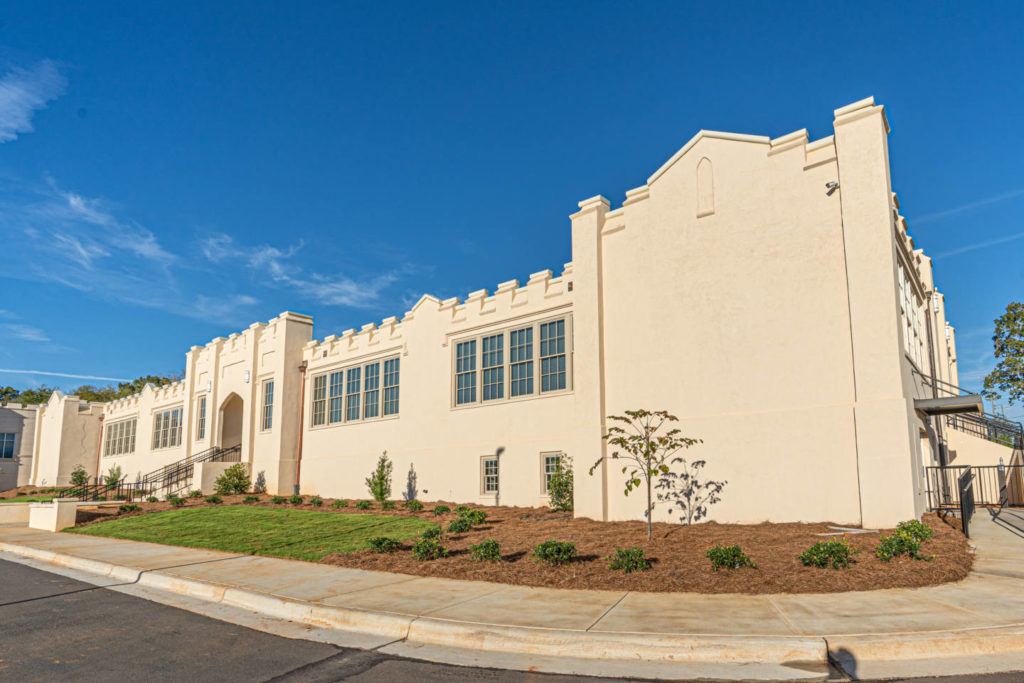 Located on the historic Old Capitol Square, Jenkins Hall was originally built as the Grammar School for Georgia Military College in 1926. The school, which was later given to the City, served five generations of students before being deeded back to Georgia Military College in the 1970s. When the College decided to expand its prep school, Jenkins Hall was chosen for both historic and sentimental reasons. While the grammar school underwent several renovations since its 1926 beginning, much of its historic character remained intact. For this rehabilitation, the stucco was patched and metal caps were installed on the roof crenellations to prevent water intrusion without comprising the character-defining roofline. The historic window configuration, which had been altered to reduce the number of windows, was also reestablished. On the interior, the original wood floors, bead board ceilings and heart pine doors were all intact and beautifully restored. Interior transom windows discovered above the classrooms were reintroduced, and two of twelve murals painted by a travelling artist in the 1930s, which remained on the lower level of the building, were saved and preserved. The recently rehabilitated Jenkins Hall, along with the recently completed Prep School Annex, will now allow Georgia Military College’s Prep School to serve approximately 180 students. 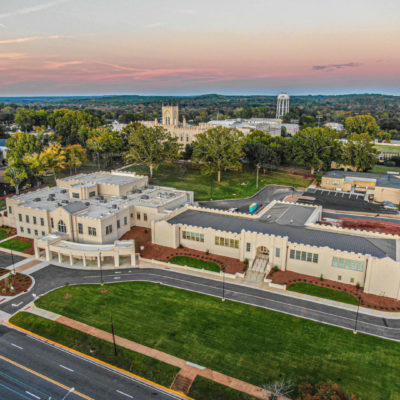 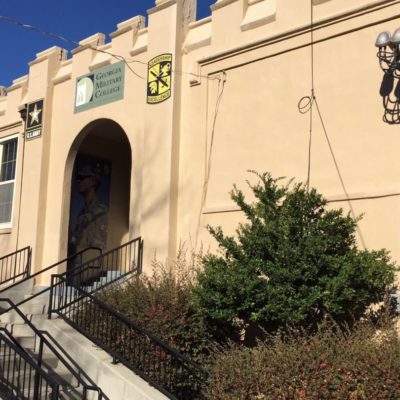 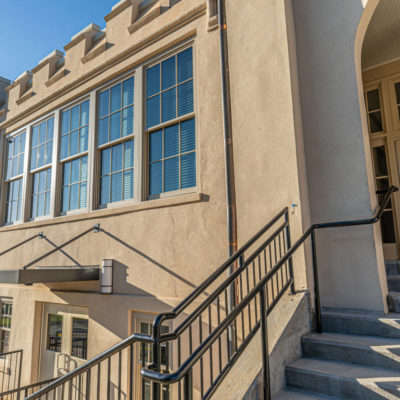 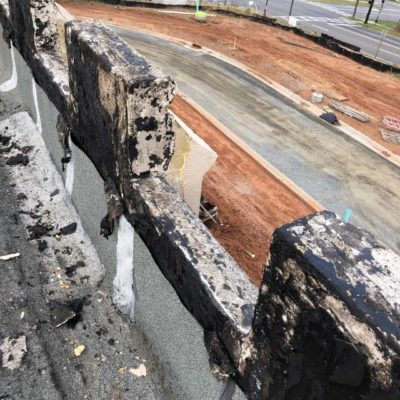 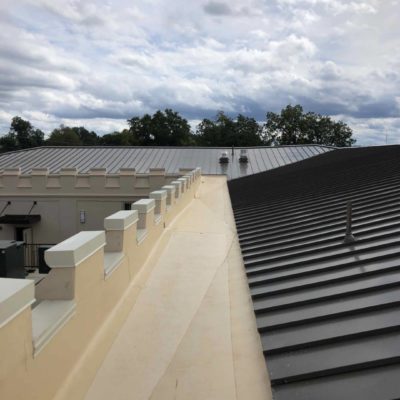 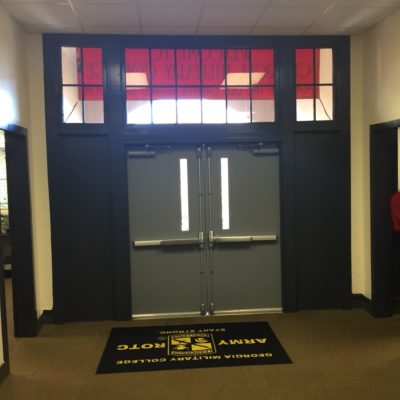 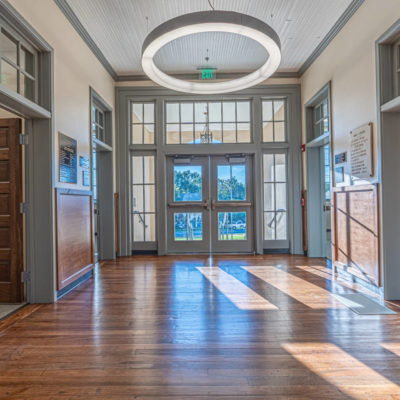 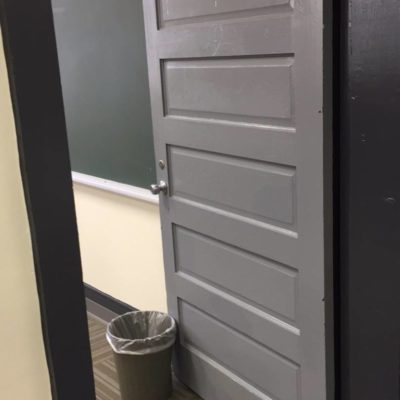 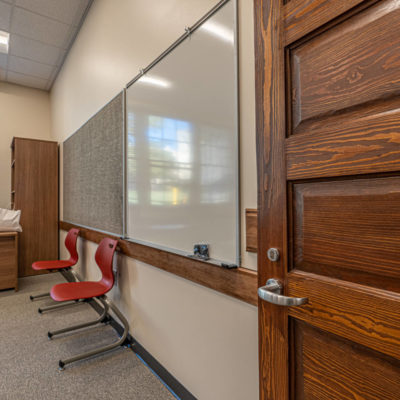 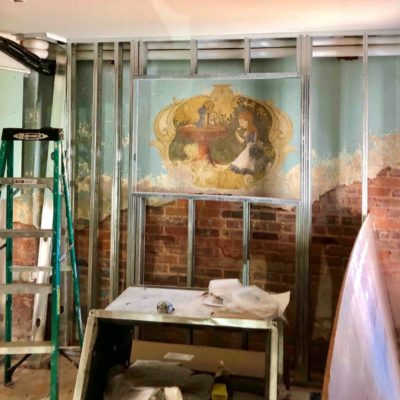 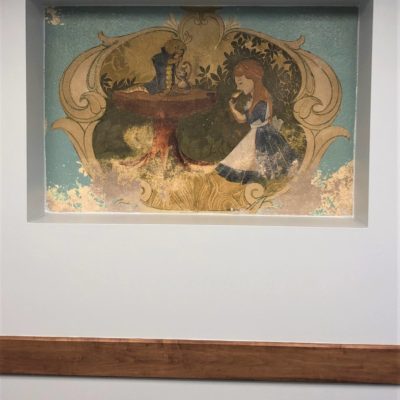 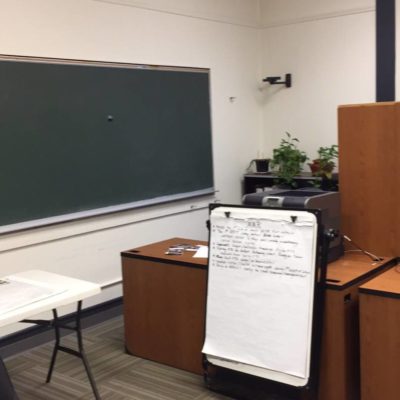 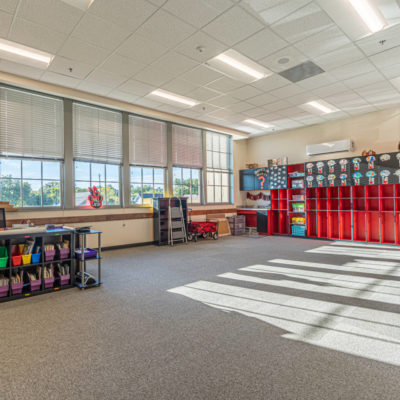 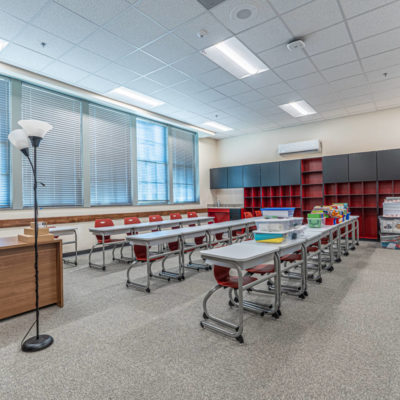 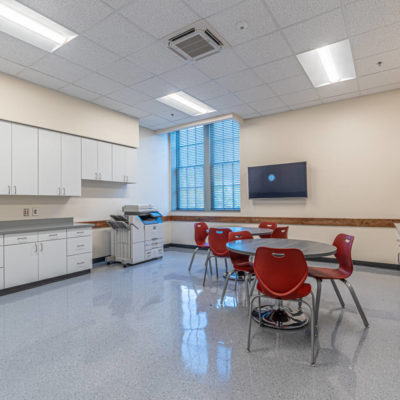