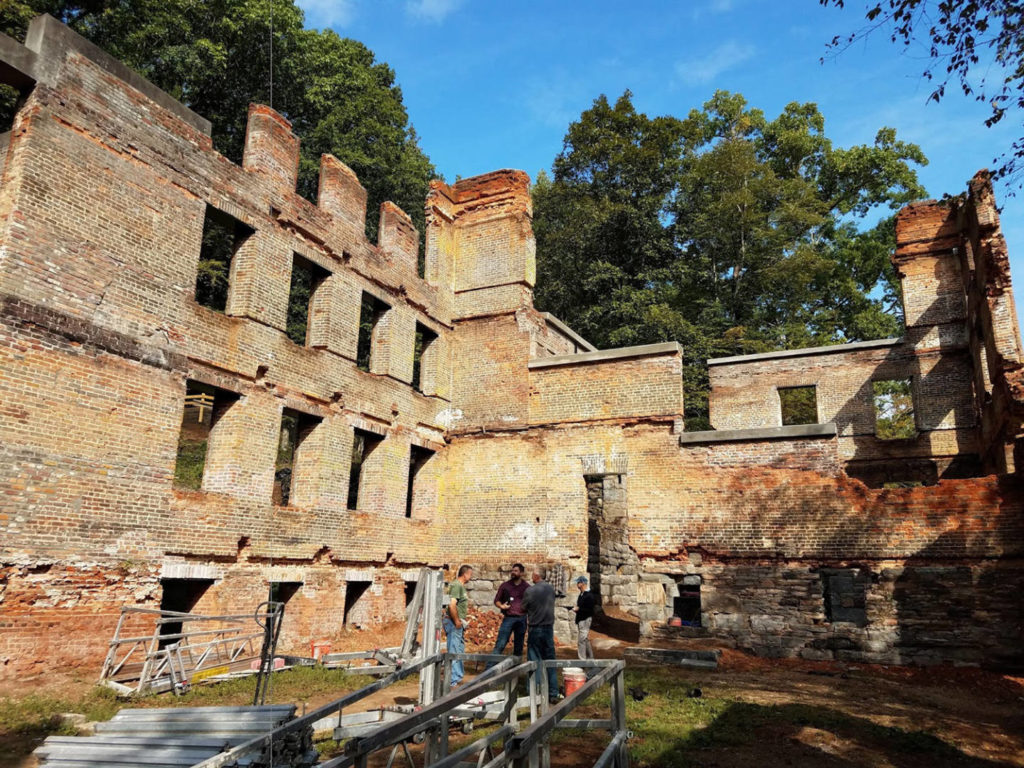 Originally the New Manchester Manufacturing Co. mill, this structure was constructed in 1849 as a five-story water-powered mill for production of clothing and other materials. During the Civil War the mill produced uniforms for the Confederate army, until General Sherman’s troops burned the building in 1864. The ruins were left unchanged until 2015, when erosion of the area made it too dangerous for visitors. Beginning in 2016, steps were taken to preserve the ruins and prolong the life of the structure, including repointing mortar joints, adding caps on horizontal surfaces to alleviate standing water, bracing brick headers and free-standing piers, and installing new steel lintels and architectural steel plates for support where needed. The ruins reopened to visitors in fall 2017. 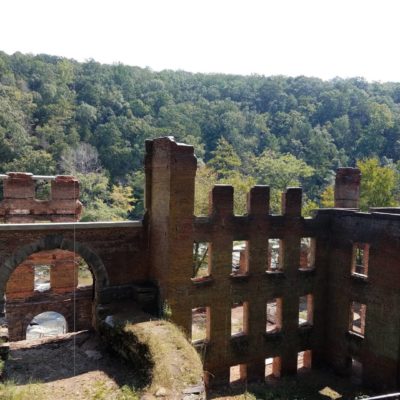 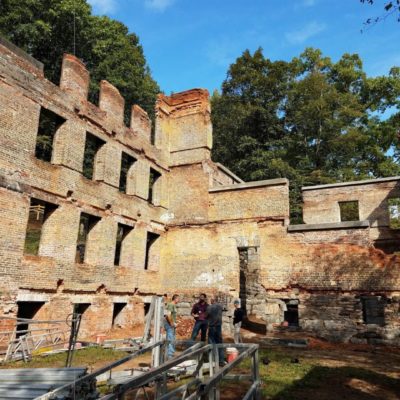 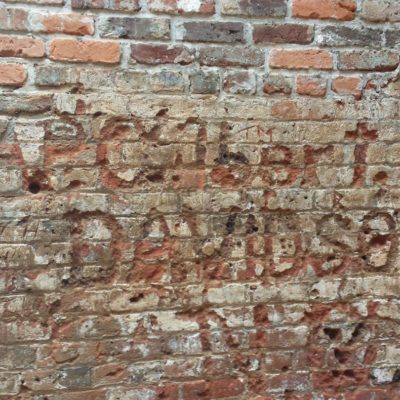 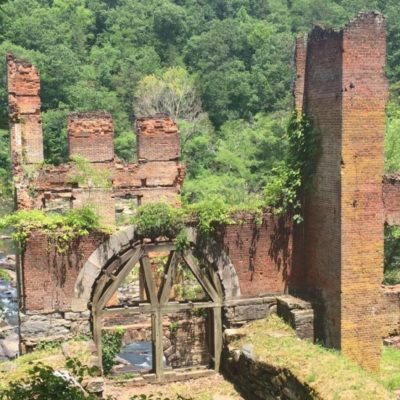 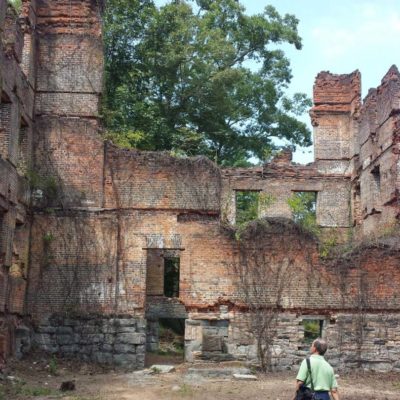 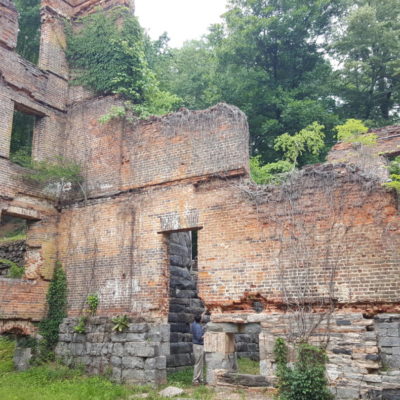