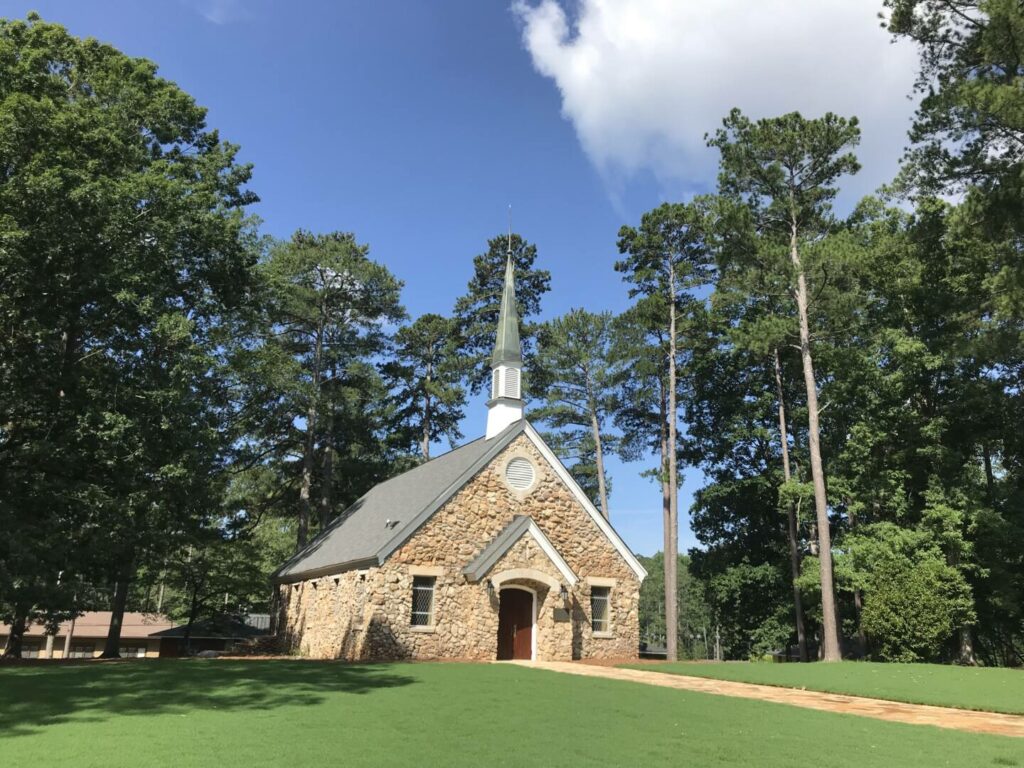 Ever since the Rock Eagle 4-H Center was constructed in the 1950s, the Chapel has served as a gathering place for countless Georgia 4-H’ers as well as a popular wedding venue. Designed by Grady Smith, an architect with Cooper, Barrett, Skinner, Woodbury and Cooper, the Chapel was known for its native rock walls gathered from the surrounding property and its distinctive wooden roof trusses. In 2019, the Chapel was nearly lost to fire. With the walls still in place, the original 1953 blueprints were used to guide a full restoration. Douglas Fir from North Carolina was used to recreate the trusses and interior paneling. Several original light fixtures were restored and reused. The company that created the original stained-glass windows was able to recreate replacement windows. Attracting tens of thousands of visitors each year, and serving as one of Putnam County’s largest employers, the Chapel’s restoration is vital for the Rock Eagle 4-H Center. 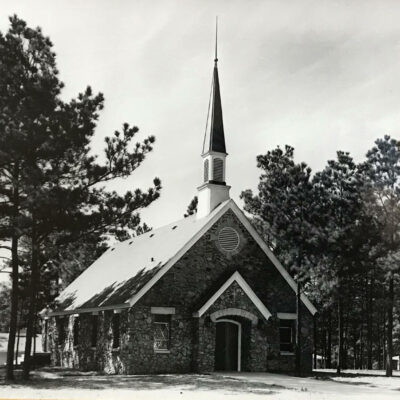 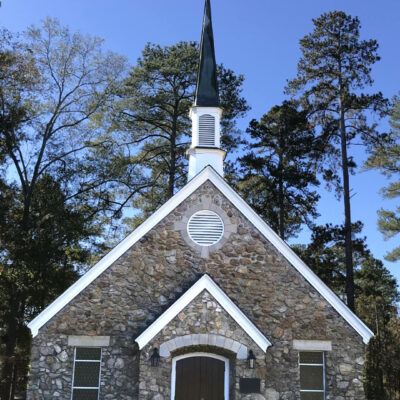 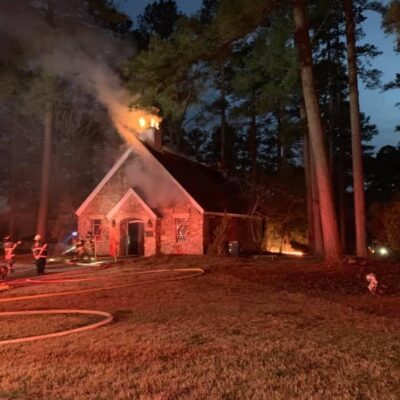 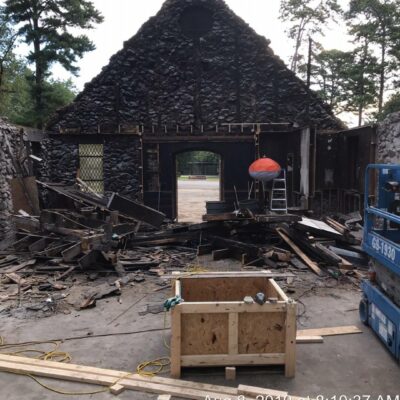 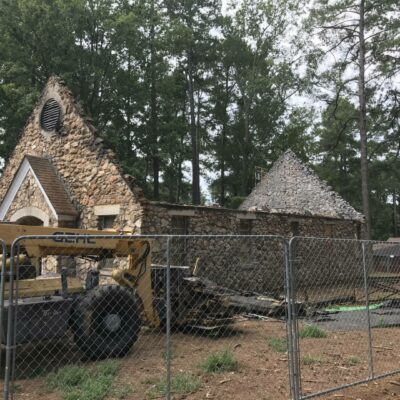 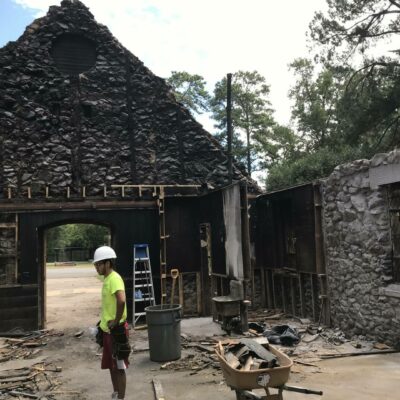 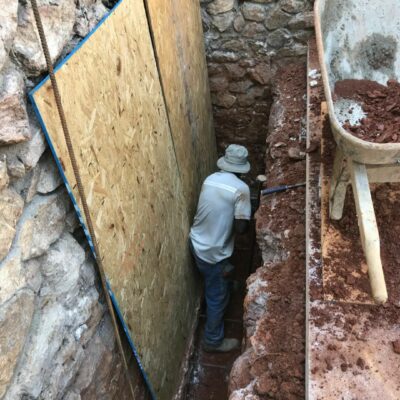 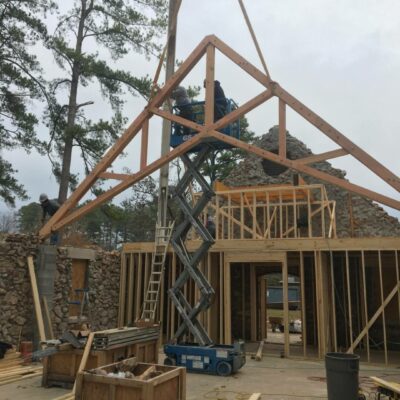 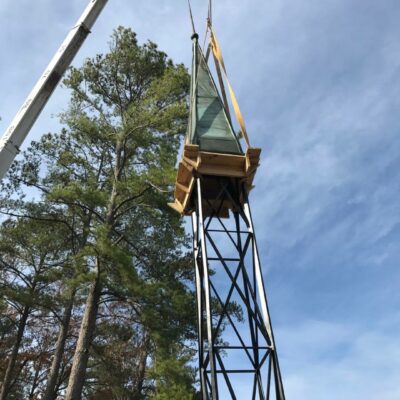 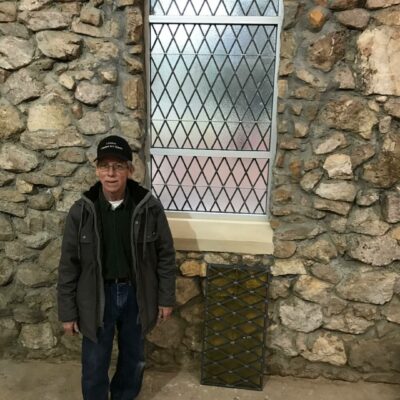 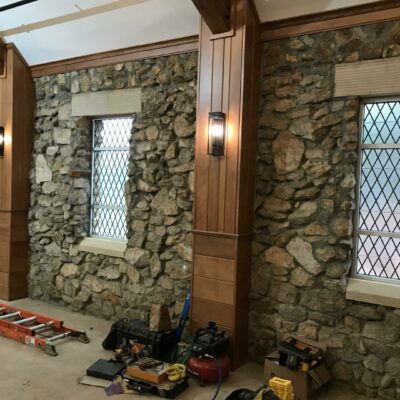 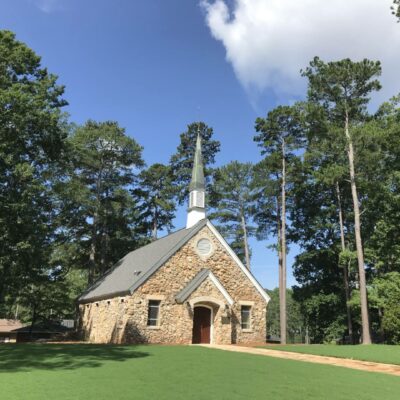 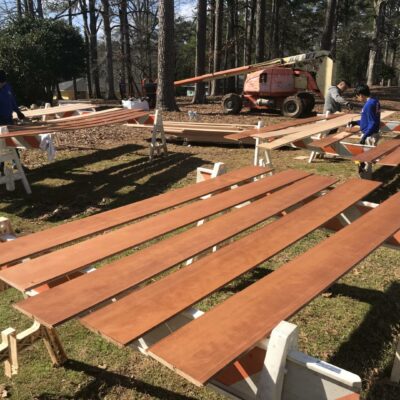 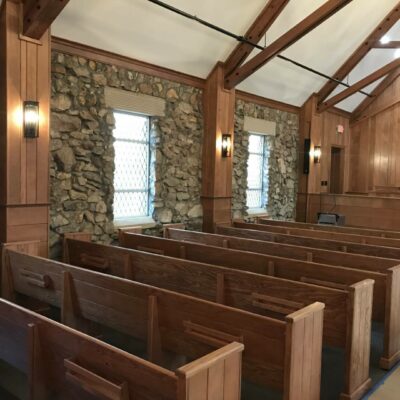