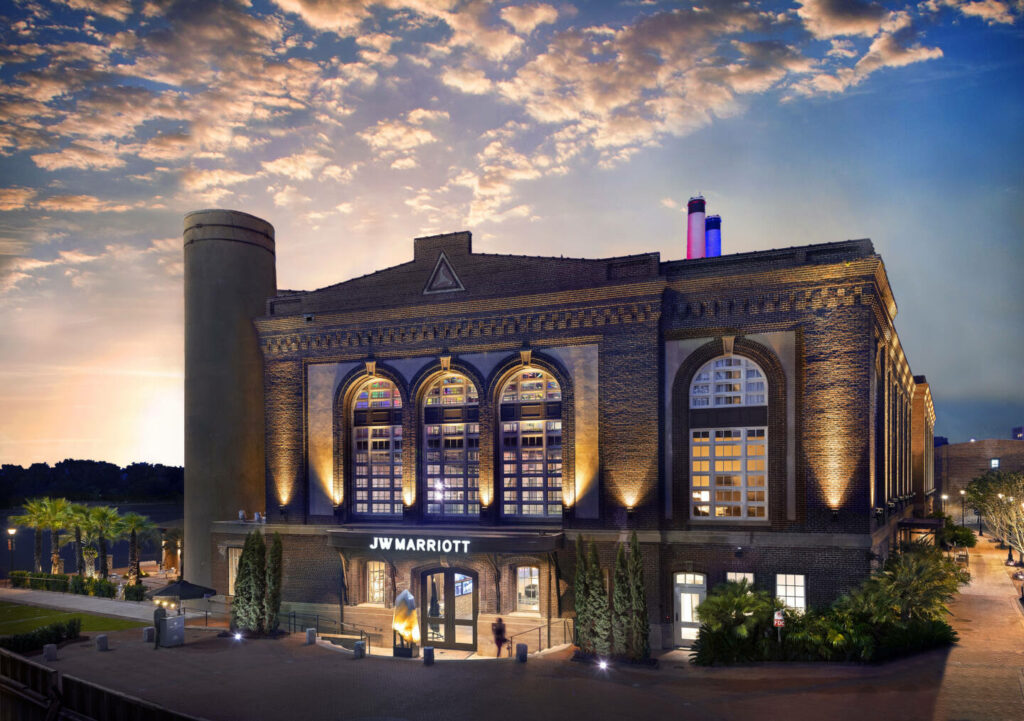 The Plant Riverside District is a major urban design and industrial rehabilitation project on the northwest corner of Savannah’s National Historic Landmark District. The centerpiece of the district, Savannah’s historic power plant was constructed in multiple phases starting in 1912 and exemplifies the grand industrial architecture of the early 20th century. In 2005, the plant was decommissioned, creating a significant barrier between the city’s oldest wards and their historic connection with the Savannah River. Over the course of a multi-year, multi-phase development, the historic power plant was meticulously rehabilitated, transforming the site into a vibrant hub of hospitality and entertainment. In keeping with the Secretary of the Interior’s Standards for Rehabilitation, interventions that were necessary to adapt the structure were undertaken with great care to visually distinguish the new work from the original structure, and to maintain the overall industrial character of the building while adapting it to accommodate a mix of public spaces, restaurants, retail and lodging. The rehabilitation received state and federal historic tax credits. In addition to the rehabilitation of the power plant, the project also reconnected this part of the Landmark District to the riverfront after more than 100 years; extended the Riverwalk in partnership with the City of Savannah; and revitalized the west end, transforming an abandoned industrial site into a shared civic resource. 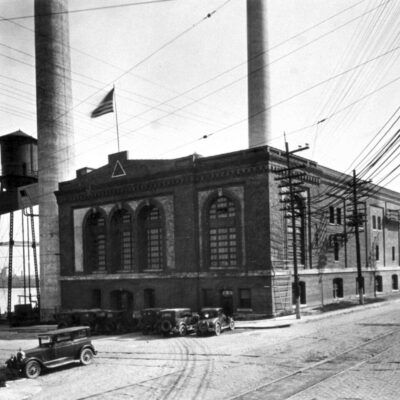 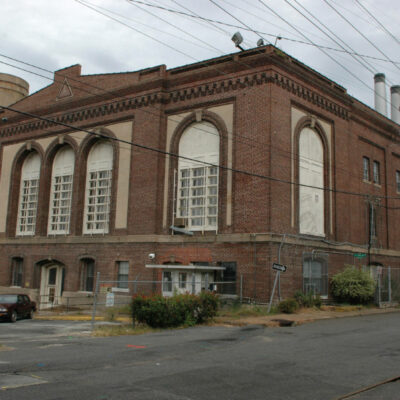 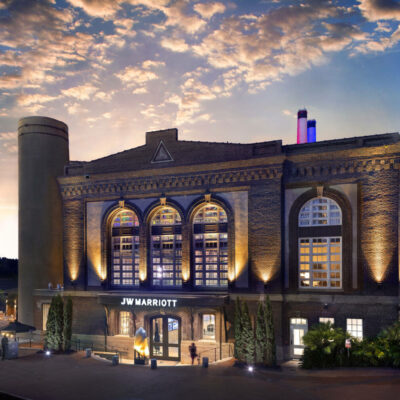 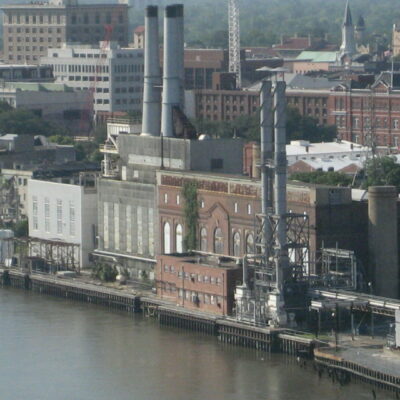 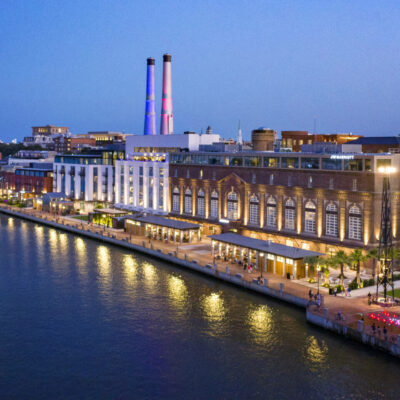 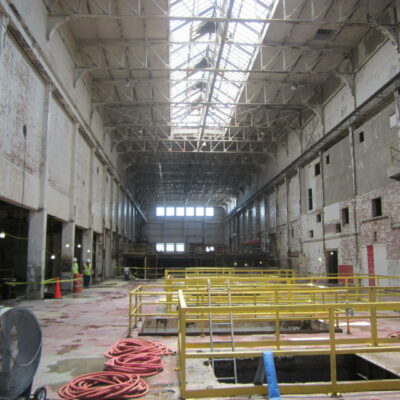 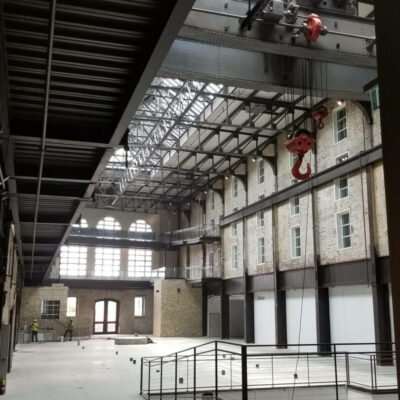 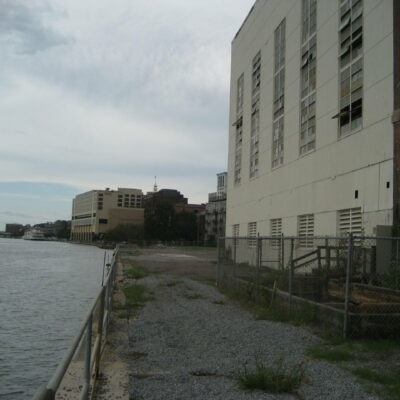 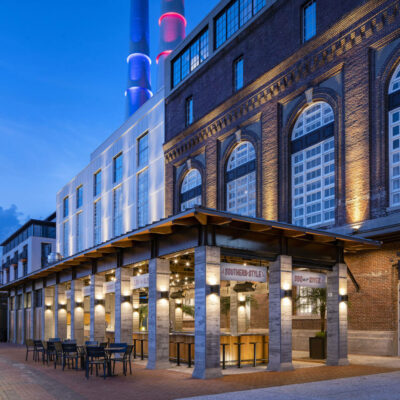 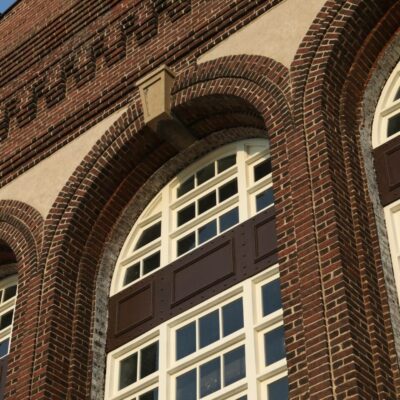 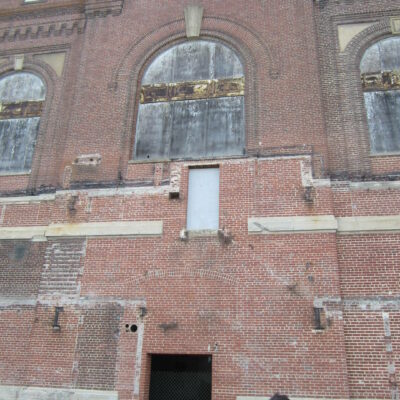 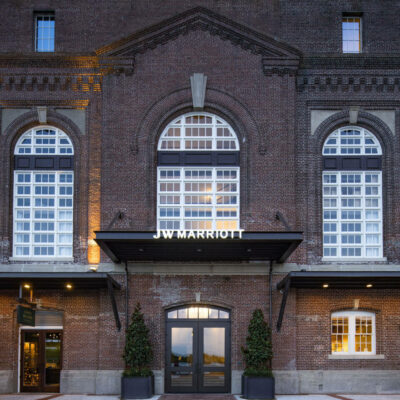 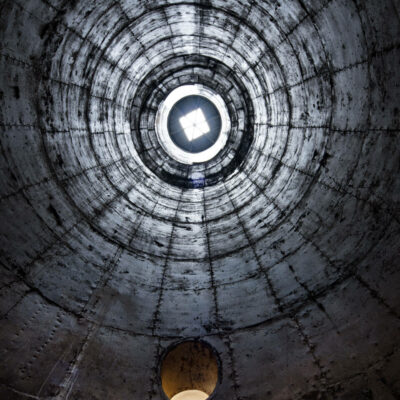 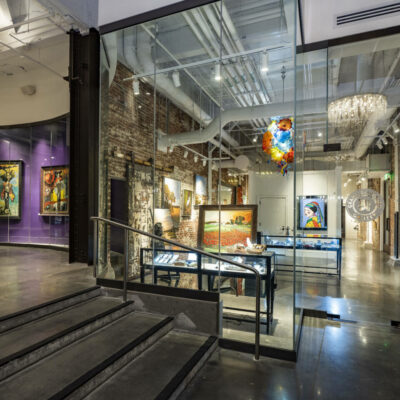