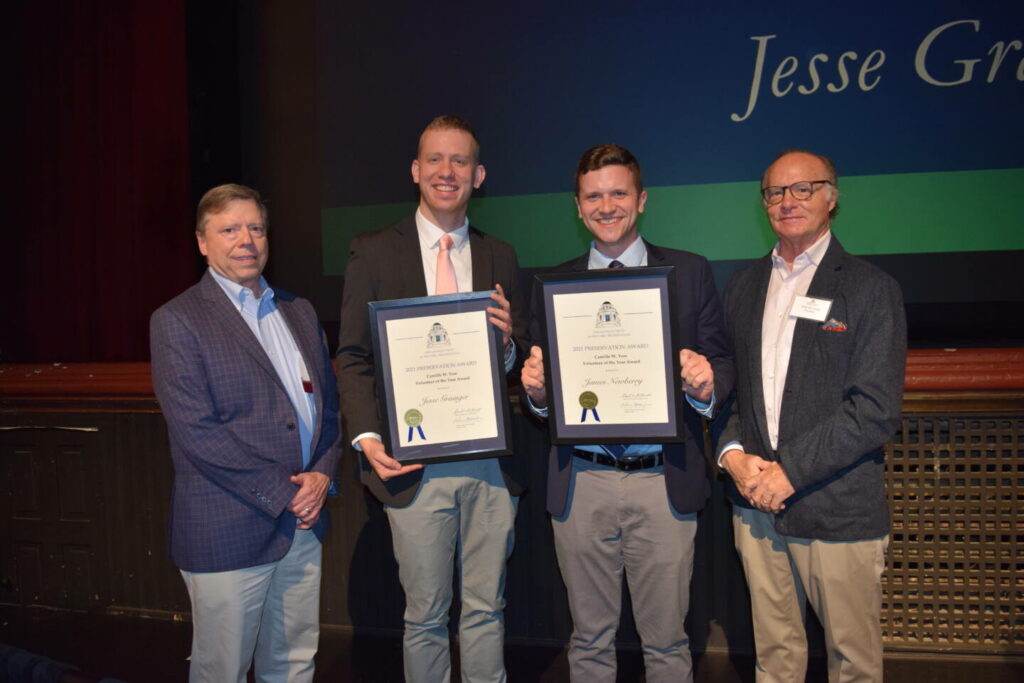 James Newberry and Jesse Grainger have been dedicated Georgia Trust volunteers for nearly ten years assisting on nearly every Ramble during that time. James has served as Rhodes Hall event staff, was a Hay House docent and an intern for the Georgia Trust while receiving his master’s degree in historic preservation from Georgia State University. He is currently the Special Project Curator for the Department of Museums, Archives and Rare Books at Kennesaw State University. Jesse studied film and video production at Georgia State and is currently a producer and editor of his own company, Jesse Loves Atlanta. The pair recently combined their strengths of oral history and video production to collaborate on a video tour of Rhodes Hall and are working with Trust staff on a new production highlighting the Trust’s preservation programs. Both James and Jesse are Georgia natives with a passion for history and architecture.

Since 1978, The Georgia Trust has recognized a volunteer of the year with the Camille W. Yow Award, which is named in honor of a longtime volunteer and its first recipient.