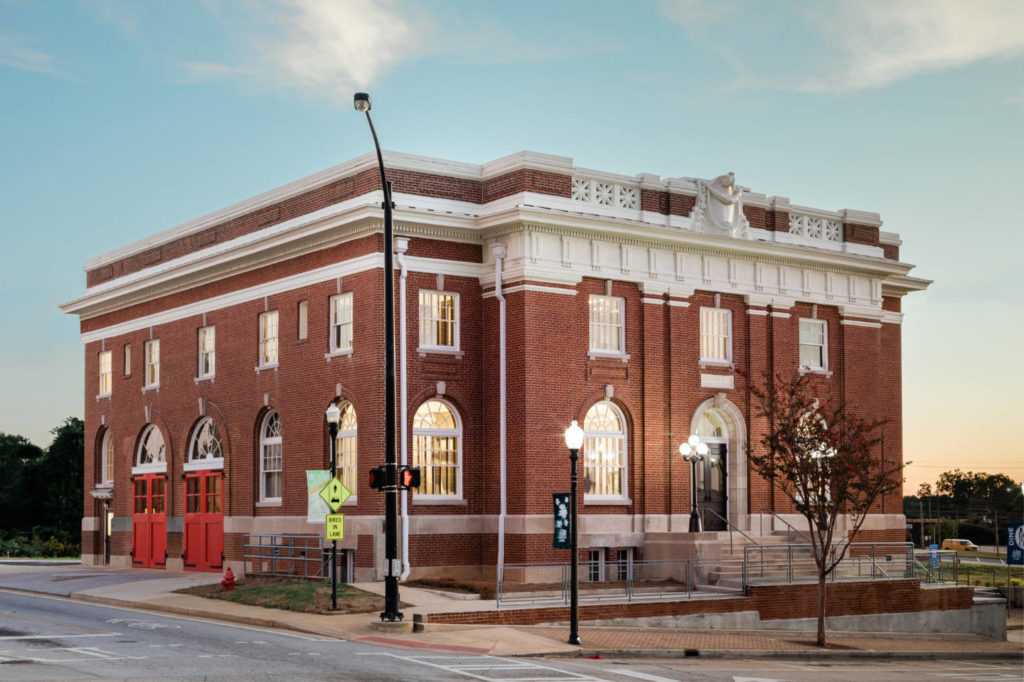 Griffin’s historic City Hall, designed by Atlanta architect Haralson Bleckley and completed in 1910, included city council chambers, a fire hall and City offices. After the City offices vacated the building in 2003, it sat vacant, the roof deteriorated and significant water damage occurred. After being designated a Georgia Trust Place in Peril in 2014, the citizens of Griffin rallied behind Historic City Hall, passing a SPLOST bill to fund the rehabilitation. Substantial improvements were required to carefully rehabilitate the building, a process that spanned from 2017 to 2019. The project included the removal of a non-contributing 1950s City Police Department addition, sensitively integrating new systems and technology, and rehabilitating the historic spaces for modern use. Following the Secretary of the Interior’s Standards, the main focus of the project was to retain the historic fabric and replace in-kind where materials were missing or no longer sound. The building now houses offices for the City’s Economic Development department and rentable event space, including the historic city council chamber, with rehabilitated stage and balcony, conference rooms, and the fire hall, which involved the reconstruction of wood fire hall doors on the west elevation. This project exemplifies an outstanding rehabilitation project and we would like to acknowledge the determination of the leadership and citizens of Griffin who have proven that where there’s a will there’s a way. 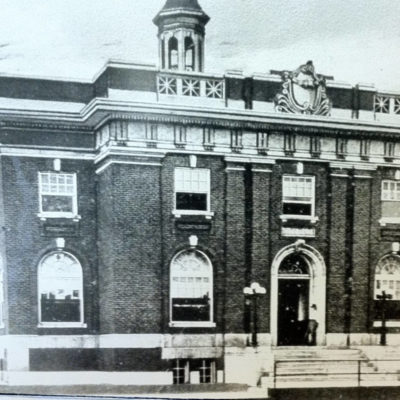 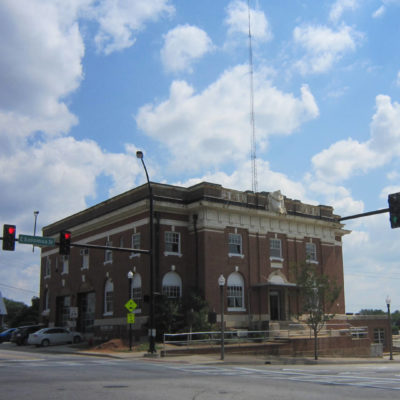 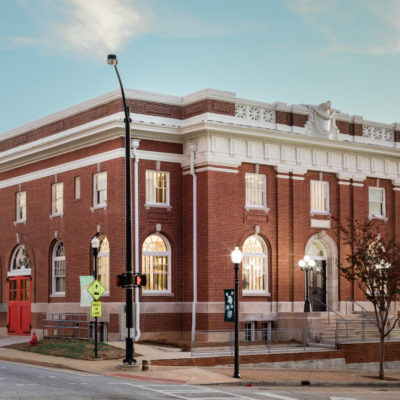 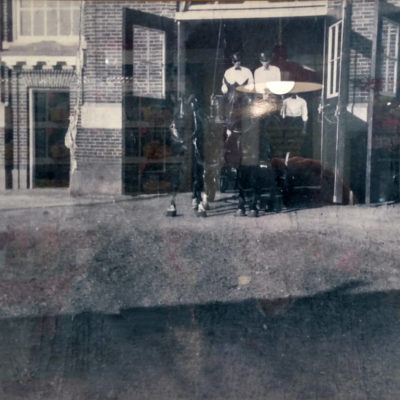 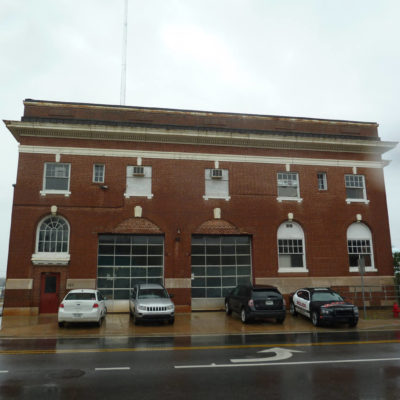 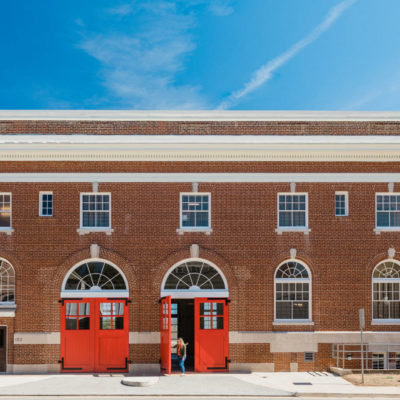 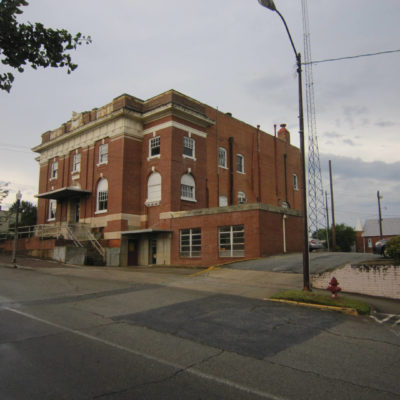 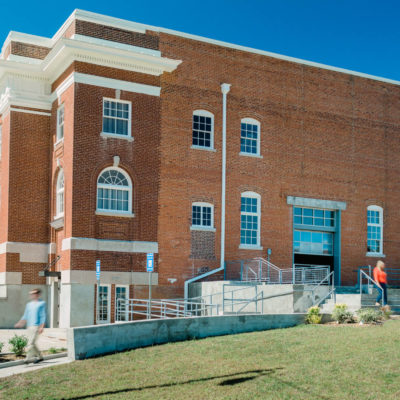 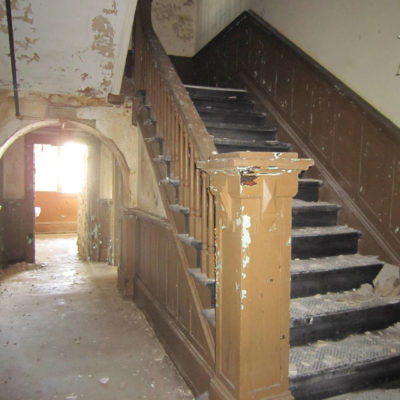 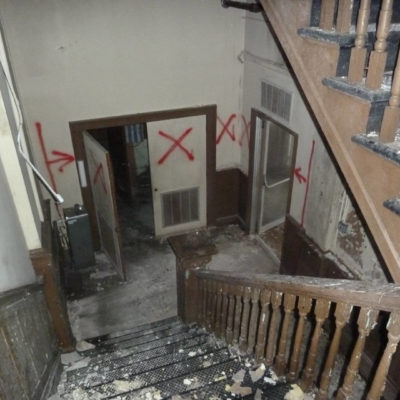 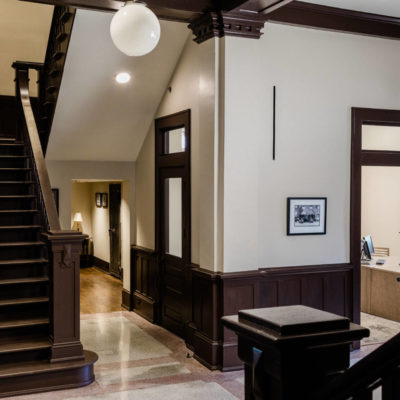 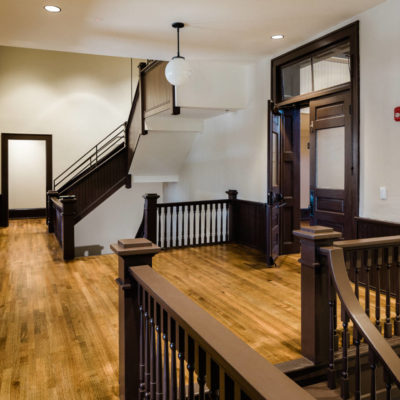 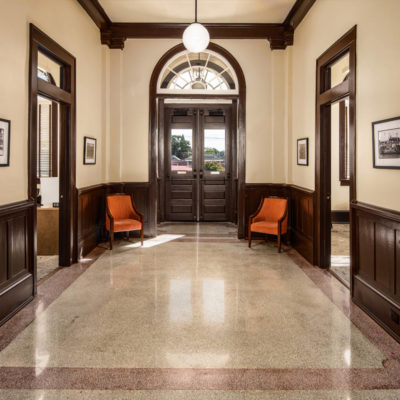 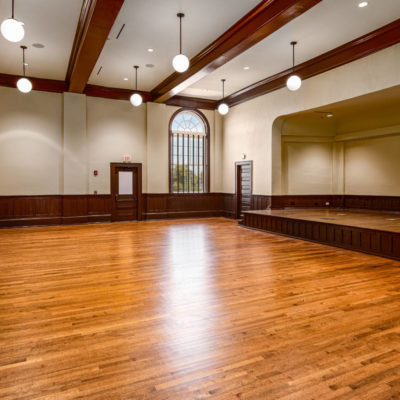