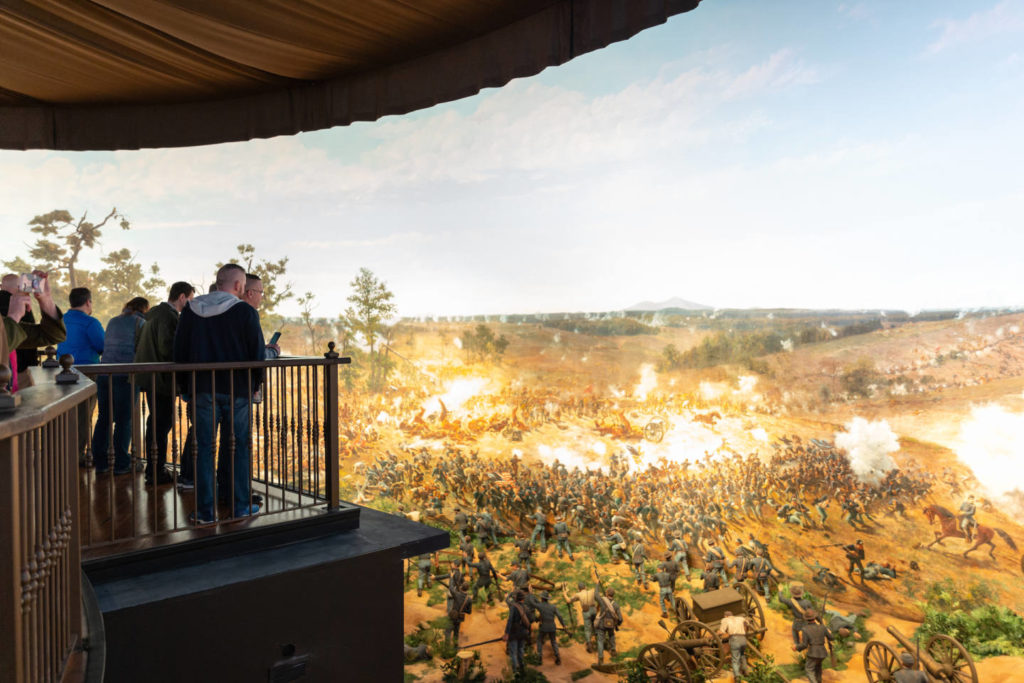 The Battle of Atlanta cyclorama painting is a 360-degree oil-on-canvas depiction of the Battle of Atlanta during the Civil War. Completed in 1886, the painting had been on public display in Grant Park since the 1890s and was eventually listed in the National Register of Historic Places in 1970. In 2014, a plan was initiated to relocate and restore the cyclorama for display at the Atlanta History Center, along with the 1856 Western & Atlantic Railroad locomotive Texas, which it has been displayed with since 1911. The project involved the planning and construction of a new building at the Atlanta History Center and elaborate preparation for the move and relocation. A team of Swiss, German, and American art conservators examined and prepared the painting for the move. It was then rolled onto two scrolls and moved by cranes and flatbed semi-trailers using a skilled team of riggers and truckers to the new Lloyd and Mary Ann Whitaker Cyclorama Building at the Atlanta History Center. Many months of conservation and restoration work followed, and the conserved painting and its restored diorama opened to the public in February 2019. Through digital interactives, an introductory film projected onto the painting, and a variety of unique artifacts and activities, visitors to the new exhibit are encouraged to think critically about how history is made. 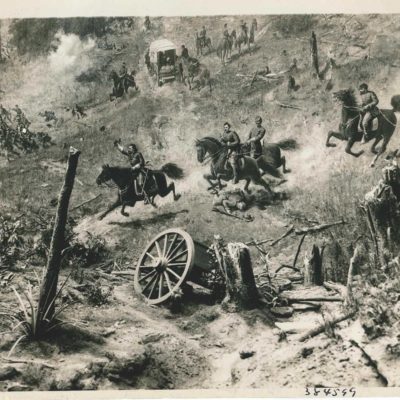 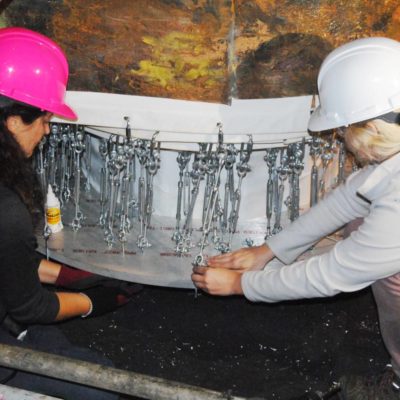 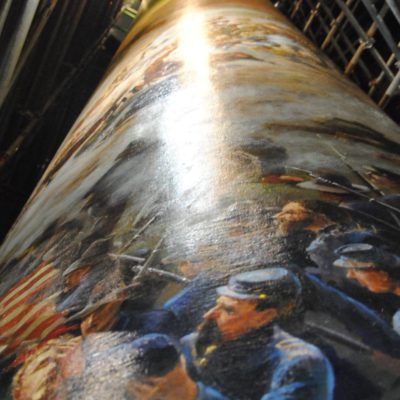 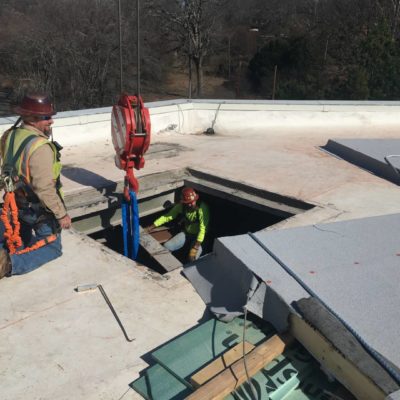 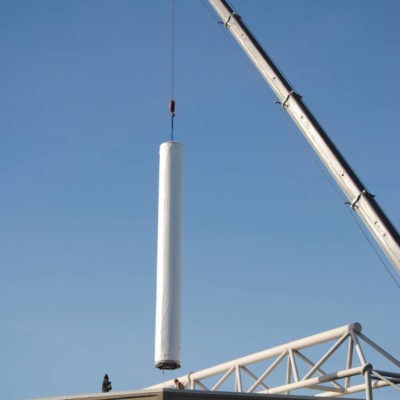 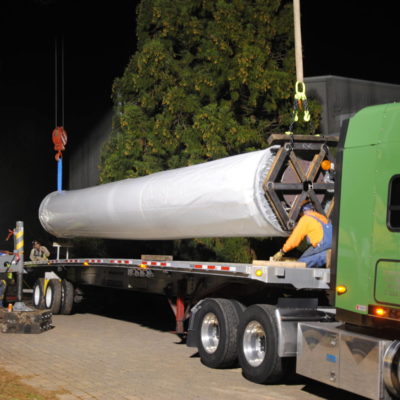 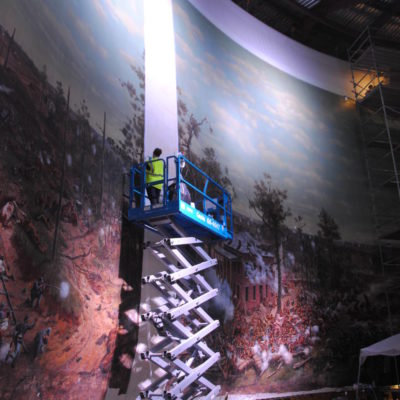 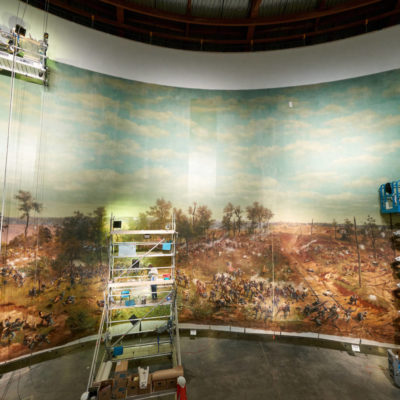 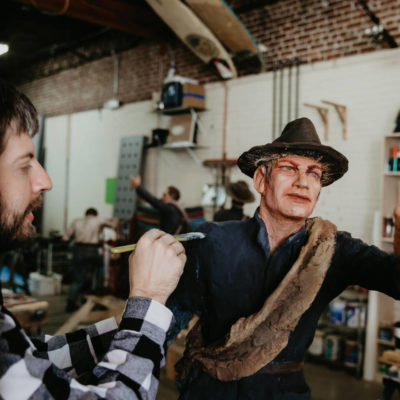 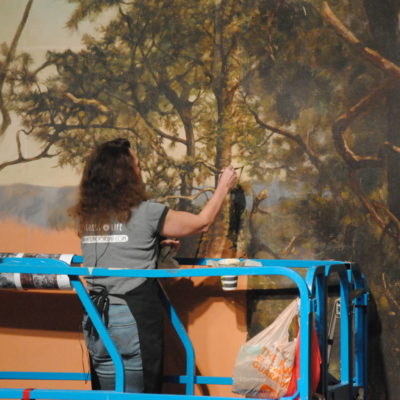 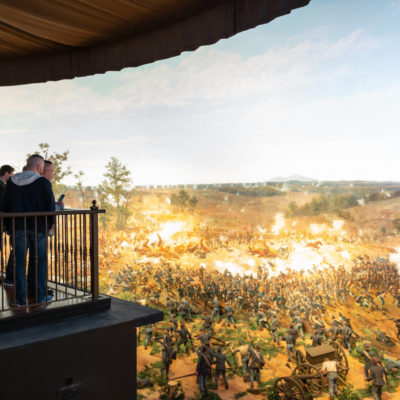 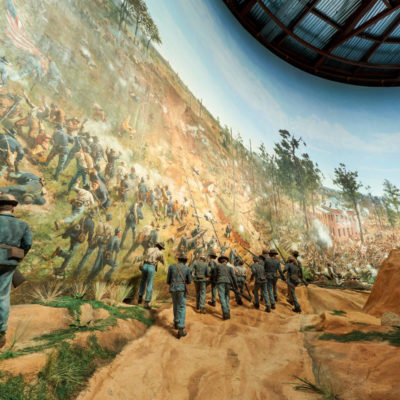 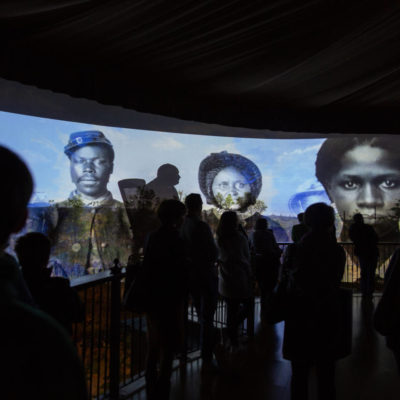 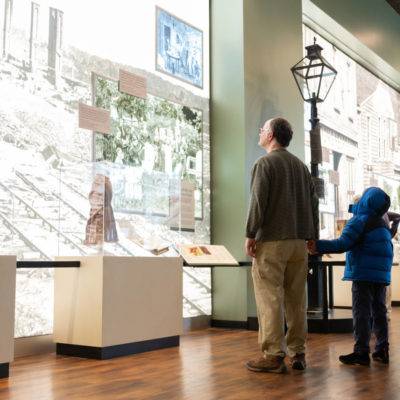 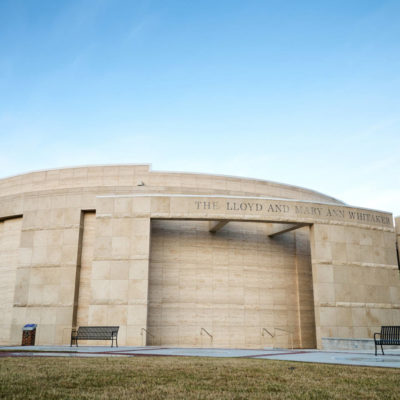