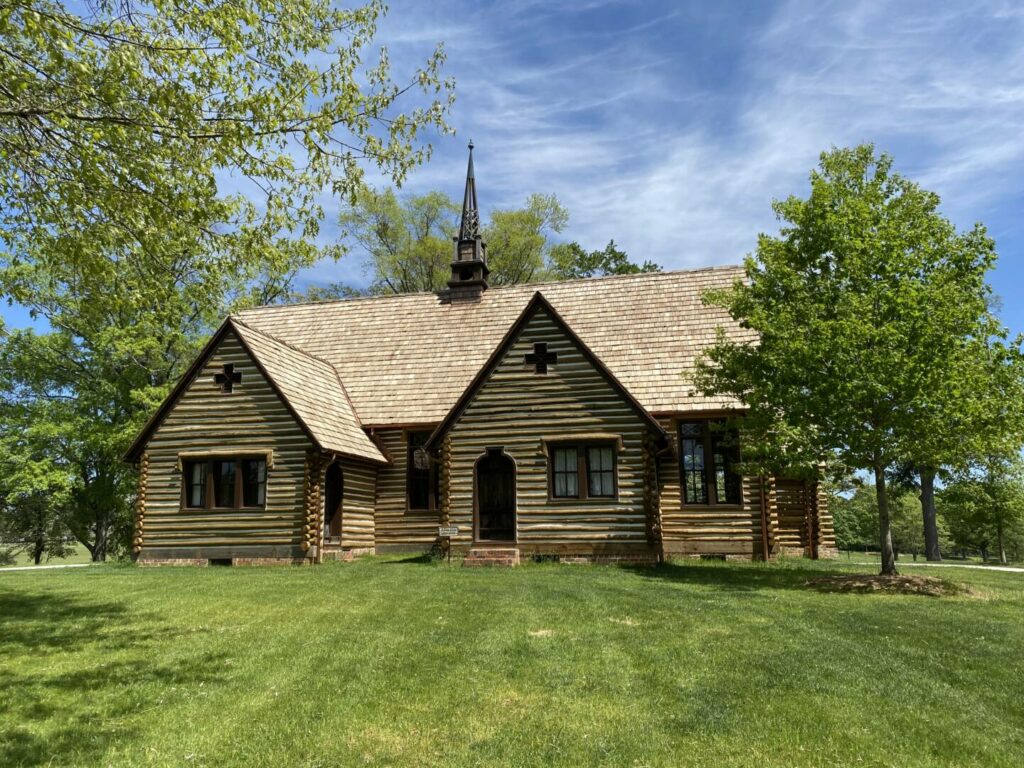 Constructed by students in 1911, this log chapel was the first chapel built on the Berry College campus. Designed by local architect John Barnwell, the chapel was used by students in the Martha Berry School for Girls, which opened in 1909. Although previously restored, Barnwell Chapel had deteriorated over the decades and was in a serious state of disrepair. Cracks had appeared in the foundation, and large sections of the log exterior were rotted, exposing the interior to the elements. An assessment of the chapel was done in 2016 and served as the basis for the restoration project that began in 2019. All of the original windows were in poor condition, but parts that could be salvaged were used as templates to craft replacements. Gutters were installed to prevent damage from rainwater, and a proper drainage system was put in place to direct water away from the building. Throughout the project, every effort was made to follow the Secretary of the Interior’s Standards for Restoration and to save historic fabric in the effort to restore the building to its 1911 appearance. The chapel, which was on the brink of collapse, can be used once again by the Berry College community. 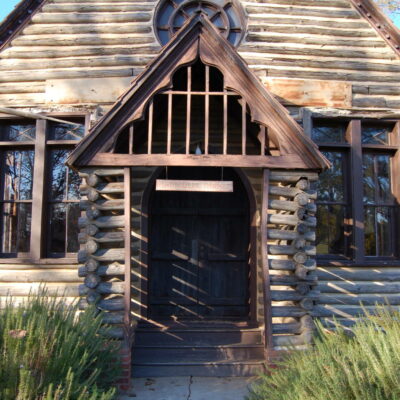 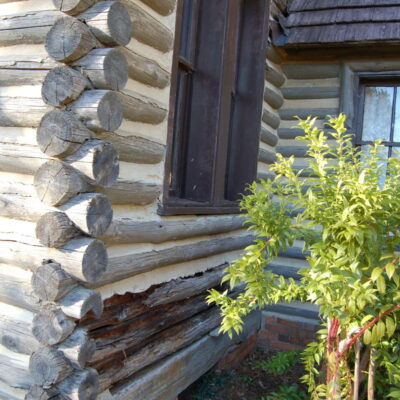 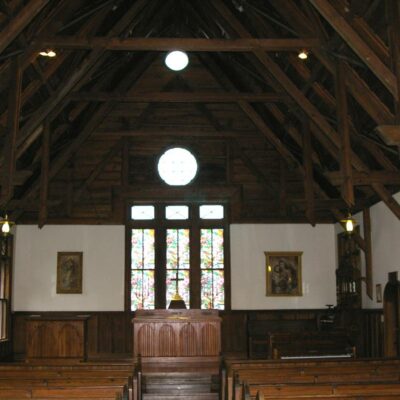 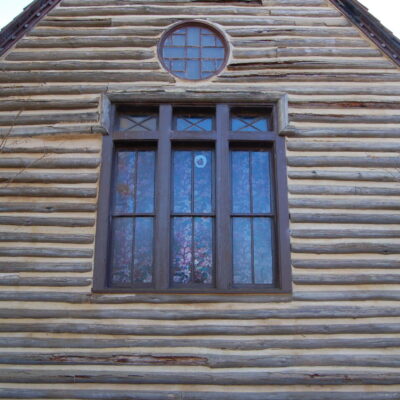 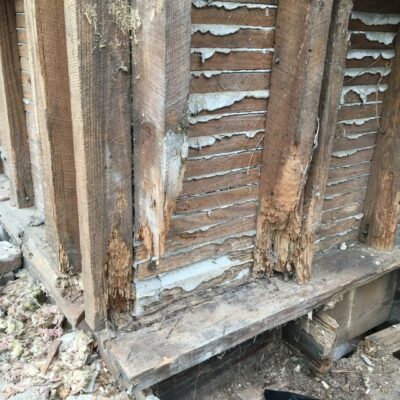 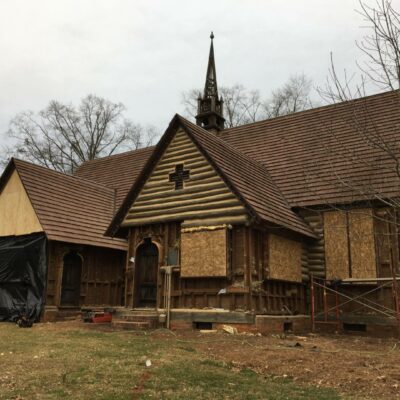 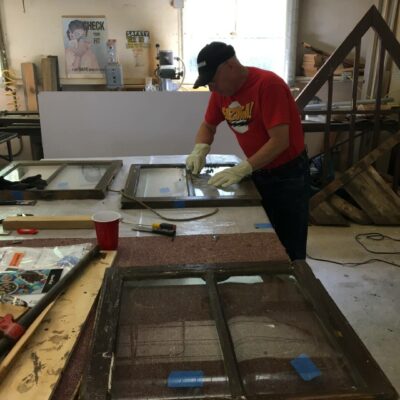 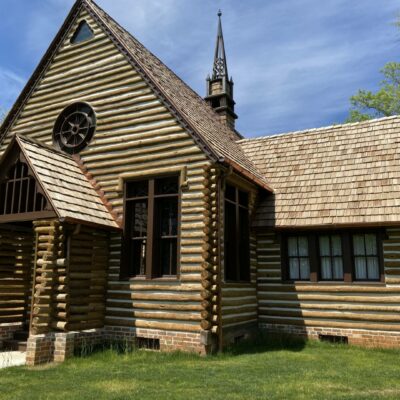 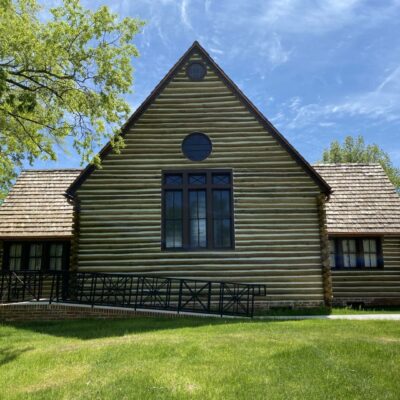 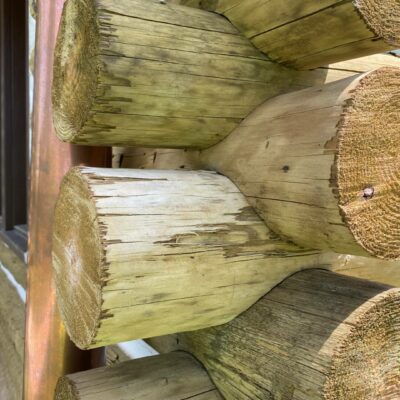 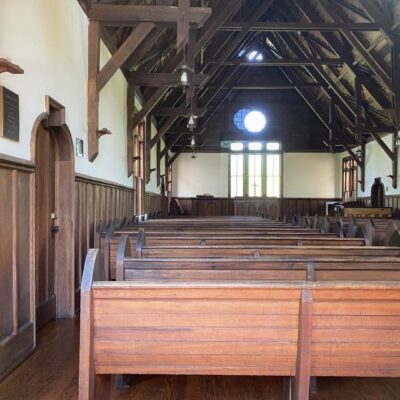