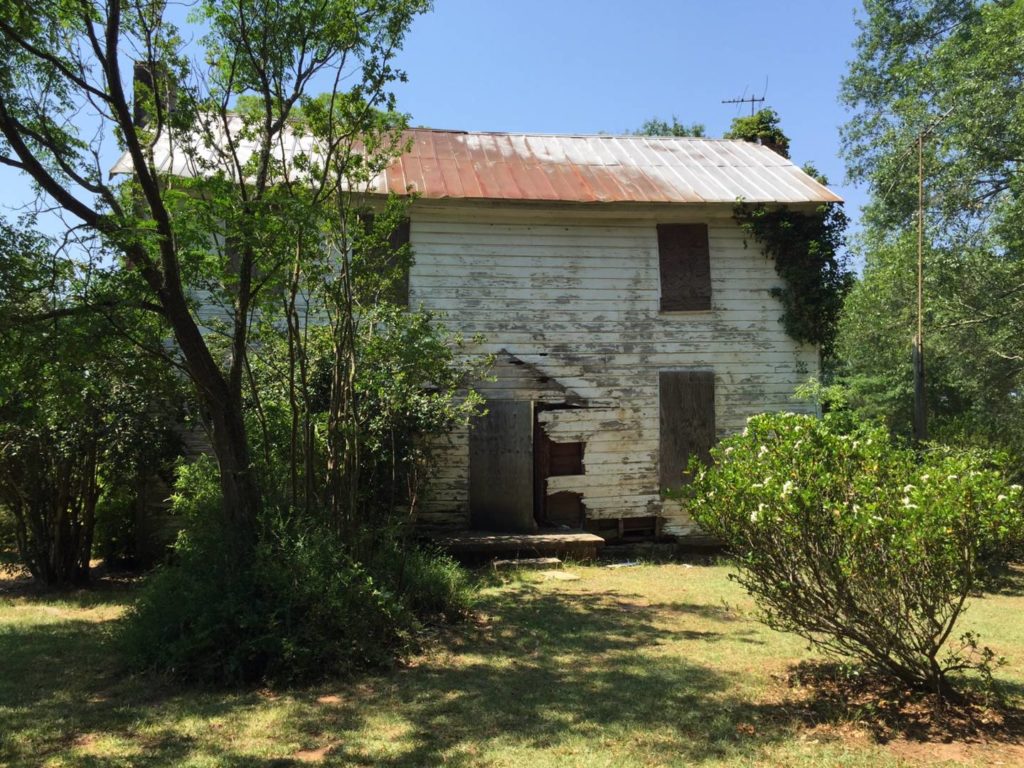 One of the oldest houses in DeKalb County, the Lyon Farmhouse was built by Joseph Emmanuel Lyon. Lyon originally built a log cabin on the property in the 1820s which was expanded in 1853 and again in 1893, creating the structure that stands today. Built in a vernacular architecture style, the house and various outbuildings reflect a self-sustaining farm where cotton, apples, muscadines, pears, lemons, sorghum and bees were a part of life.

Ownership of the house was transferred to DeKalb County in 2003, though descendants of Joseph Lyon continuously occupied the property until 2007. The property is within the Arabia Mountain Heritage Area and a PATH trail passes nearby, but the house suffers from continued vandalism and deterioration as a result of deferred maintenance. Funding to stabilize the buildings and a comprehensive plan for their reuse is needed in order to save this valuable site.