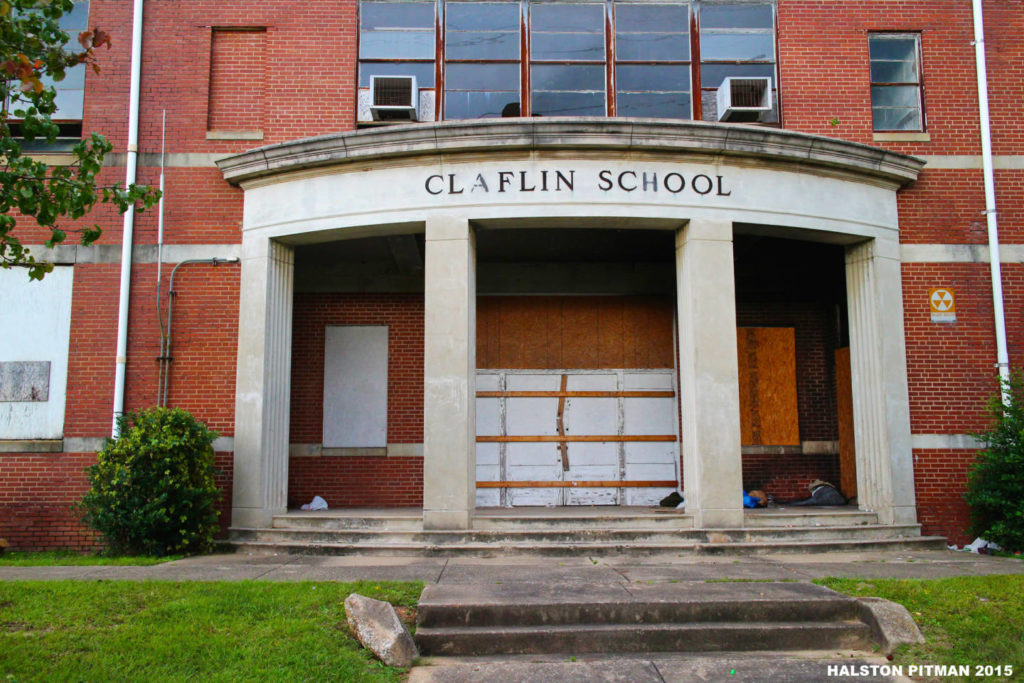 In 1868 a schoolhouse was built in downtown Columbus to educate the African American community following the Civil War. This school eventually became part of the Muscogee County public school system and its campus was expanded in 1921, when a larger masonry building was added. The Claflin School campus was expanded again in the 1940s with the construction of a brick equalization school. The original 1868 structure was destroyed by fire in 1958, but two buildings from the first half of the 20th century remain.

In 2005 the Muscogee County School District moved their operations to a new building, boarding up Claflin’s windows and leaving the buildings vacant. The campus fell victim to vandalism, theft and deterioration. In 2014 the city of Columbus took ownership of the buildings, which require significant and costly rehabilitation.