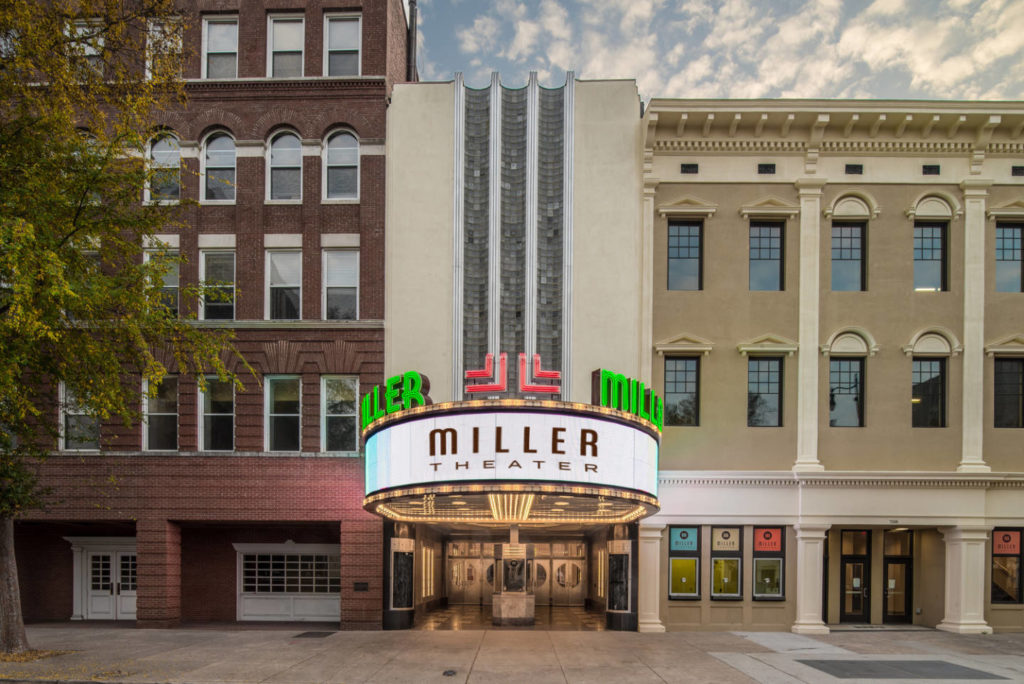 The rehabilitation of the Miller Theater is an outstanding example of community organizations and individuals coming together in a preservation project that will have a lasting impact on the city of Augusta. The Art Moderne theater was commissioned in 1938 and opened to a sold-out audience of 1,600 in 1940. It closed in 1983 and was acquired by the Augusta Symphony Orchestra in 2011. The project is the result of a $23 million capital campaign. Nearly every surface of the building was impacted by the rehabilitation, which has already spurred intense redevelopment in downtown Augusta.