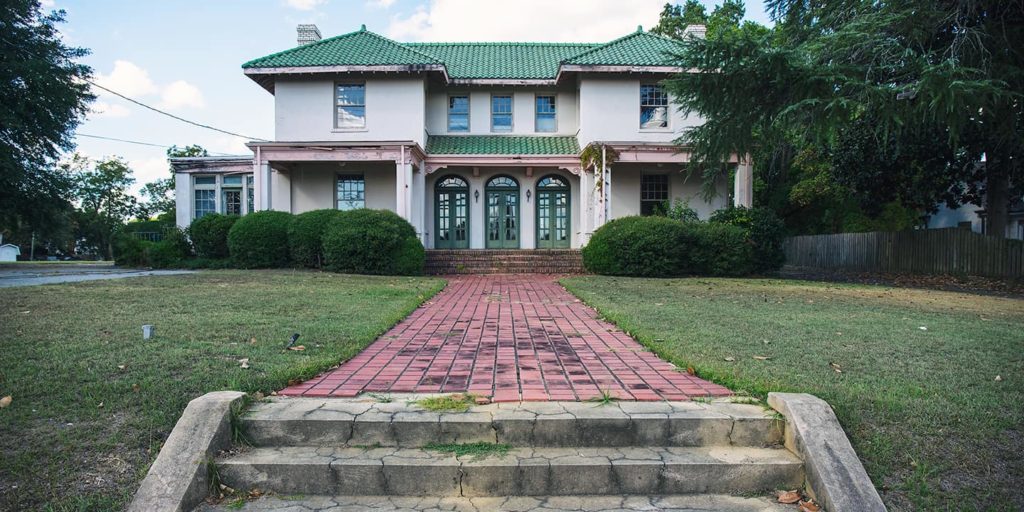 The Chivers House was constructed in 1920 on Dublin’s prominent Bellevue Avenue for Mr. and Mrs. O. L. Chivers. The Chivers were well respected and beloved philanthropic members of the Dublin community, with Mrs. Chivers serving as a member of the Daughters of the American Revolution and also as the first woman to serve on the Laurens County Library Board of Directors. During the Depression, the Chivers opened their home to struggling teachers in the area.

The Spanish Revival style house retains much of its original historic material, including mantels, flooring, windows and intricate interior trim, but it has remained unoccupied for the past five years. After serving the Dublin Chapter of the American Red Cross, the house was acquired by the First Baptist Church which has no immediate plans for its rehabilitation and use. Without the church having a plan and with their past consideration of demolishing the building, the future of the Chivers House remains in jeopardy.